Home > Time for Yourself > Asking for Help with Childcare or Work

Asking for Help with Childcare or Work 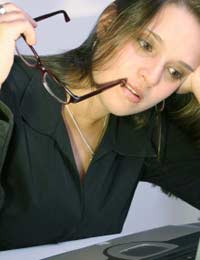 We all strive to be superwomen but let's face it, we aren't. In fact, few working mums can get by completely on their own without ever asking others for advice, and there's nothing wrong with that. When we have so much to do that the days ahead seem insurmountable, the best thing to do is ask for help. You may feel like asking someone else for a favour is a sign of weakness, but it's actually a sign of maturity – and strength.

We all find it difficult to request assistance from colleagues or friends, whether it be difficulty understanding a work task or trying to find childcare to cover an important evening meeting. The result is that sometimes people stall projects for days without starting them because they don't understand something, and end up having to take weeks off when kids are ill instead of nipping their illness in the bud by taking a day or two off to be with them early on.

The solution is easy: tackle problems early before something minor turns into a crisis, by getting help as soon as you realise you need it. Remember, mountains can easily turn into molehills, so nip problems in the bud before they snowball into something bigger.

Asking for Help at Work

Many people, especially women, believe that asking for help at work will be interpreted by their colleagues as sign of either stupidity or weakness. In fact, the opposite is the case: not getting the help you need can actually be career-threatening. Here are tips on the best ways to ask:

Asking for Help with Childcare

Everyone needs help with childcare from time to time, but the trick is to be gracious. Follow these tips and you can't go wrong:

Having a strong support network, both at work and with other school mums, is the best way to get the help you need. Easier said than done, but when you know people as individuals instead of simply “the boss” or “Janey's mum”, it's easier on you when the chips are down.

See if you can show up at work a little late and have a coffee morning with the other mums, or invite other mums or colleagues out for a drink next Friday. People are much more inclined to help you out when they know you as a person – and hopefully genuinely like you as well. If you build up a good support network now, you'll get all the support you need later. And you might even enjoy it!

Easy Ways to Boost Your Mood

Taking up a Hobby as a Working Mum

Making Time for Yourself

Eating the Right Food with a Busy Lifestyle