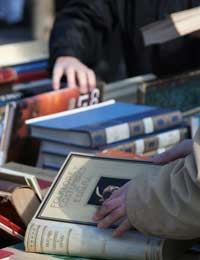 Most Parent Teacher Associations, or PTAs, exist not only to bring the school community closer together, but also as the school’s primary fundraising bodies. Whether it’s to raise money for computers, playground equipment or art supplies, PTAs play a vital role in helping get much-needed funds for their schools.

PTA members meet regularly to brainstorm events and think up ideas to raise funds for their school. Some events take place annually, such as the much-loved Christmas Fair and Summer Fete, but often PTA members strive to look for new, creative ideas to capture other parents’ attention and imagination – and hopefully encourage them to dig deep.

Interestingly, some of the best-loved fundraising ideas require the least effort, such as staging a school disco, selling used school uniforms or holding a series of car boot sales. Others, however, require months and months of planning, even though the event itself might last just a few hours.

Here are some of the best tried-and-tested ideas around…

Planning a PTA fundraiser might sound easy, but the most successful ones are planned with a lot of forethought, patience and diplomacy. You might want every parent in the school to take part, but that’s not going to happen. Don’t pressurise others, or your tactics will backfire.

Many parents work full-time; others simply aren’t interested. Whether or not they want to help is up to them. It’s not a statutory requirement for being a parent – although you might think it is!

Keeping the ethos and social make-up of your school in mind at all times is also important. Charging a lot for events might sound like a good way to raise much-needed cash, but don’t charge so much that some parents will feel excluded because they can’t afford the ticket.

Most importantly of all, have fun. Your goal might be to raise money, but how you get there is just as important. Be inclusive, be creative and remember – it’s all for the kids!

Preparing Your Yr 6 Child to Travel to School Alone

Tips for Working Mums Who Study

What Does a Governing Body Do?