Do's and Don't's for Playdates 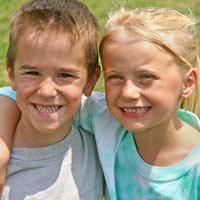 Inviting a child over to play or taking your son or daughter to play with a friend is supposed to be a relaxed, fun time for everyone. Mums are supposed to sit in the kitchen sipping coffee – or nip out to the shops – while little Milo and Max play nicely together, sharing toys and playing creative make-believe games.

The reality, however, is often far from that. Playdates, especially with young children, often end up with the kids bickering over toys and the mums squabbling over methods of discipline. If you want to have a happy, relaxed playdate, take some tips from us.

Playdates can run smoothly if you follow these rules:

Tips for Little Ones (Toddlers - Age 5)

Toddlers and slightly older kids usually love having playdates, although often they need their mummies to accompany them. If they are coming by themselves, make sure their mums don't object to your disciplining them, if need be. You don't want Helena's mummy yelling at you because you had the audacity to stop her precious cherub from pulling the puppy's tail and sticking a cracker down the baby's throat...

When kids are a bit older their arguing and bickering can take a more sinister turn. While they can play largely unsupervised, they still may need you to step in from time to time. The trick is to keep it light and let them feel they are having as much freedom as possible...

Having a pleasant playdate is easy to accomplish – with a little advance planning and a dab of ingenuity and creativity. One of the most important things is to learn from the experience. If it doesn't work out with little Imogen, resist the urge to invite her over next time. Avoid the fights/squabbles/fingerpaint all over the walls and stick to placid little Tiffany instead. That way, everyone's happy – especially you!

If your kids are going to a friend's home, teach them proper etiquette and impress upon them the need to care and share. Don't send them if they're ill, pick them up on time and be suitably grateful to the host. And if all goes well, make sure a return invitation is in the offing.

Preparing Your Yr 6 Child to Travel to School Alone

Tips for Working Mums Who Study

What Does a Governing Body Do?

Dealing With Troublesome Teens
Share Your Story, Join the Discussion or Seek Advice..
Playdates for toddlers can be great fun, although you do need to keep a very watchful eye on them, especially the visitor who won’t know any of the house rules. Make sure, too, that one of the children doesn’t become too bossy, which can easily happen at that age. If it goes well you can repeat every fortnight or so, alternating houses.
Carol - 5-Oct-12 @ 2:01 PM
Title:
(never shown)
Firstname:
(never shown)
Surname:
(never shown)
Email:
(never shown)
Nickname:
(shown)
Comment:
Validate: