Home > Childcare > Home Alone: Leaving Children on Their own

Home Alone: Leaving Children on Their own 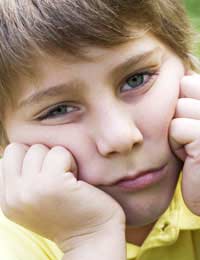 Think how easy it would be if our children could look after themselves! However, that's not the case, and many busy working mums hire babysitters, childminders, nannies and au pairs to look after their children in their absence, or else rely on the services of nurseries, day care centres, after-school clubs and play schemes.

But what about older children? Should they be allowed to be on their own, even for 10 minutes while Mum pops to the shops? How safe is it to leave a child by him or herself, if even for a short while? And what does the law say about it?

Believe it or not, the government has set no specific age at which a child may be left home alone. However, it states that is against the law if doing so puts he or she at any risk. That means that you must use your common sense: while it may be okay to leave a mature 16-year-old home alone in the evening, it is not okay to leave a sleeping two-year-old at home while you run to the mini-market for a loaf of bread.

Under current laws, parents who put their child at risk can be prosecuted for wilful neglect if a child is left alone “in a manner likely to cause unnecessary suffering or injury to health”, according to the Children and Young Persons Act 1993. That means that YOU will be held responsible should anything happen to your child in your absence if he or she is left alone.

It is estimated that over 1000 children in the UK die each year left home alone, about 90 percent of them from fires. Don't let this happen to your child.

The NSPCC (National Society for the Prevention of Cruelty to Children) has advice for parents about leaving children on their own:

Using common sense is the best rule to follow when thinking about leaving children home alone for any reason. Small children should never be left by themselves, while teenagers should be given clear instructions about what to do in the case of an emergency. Remember that most children under age 13 are not mature enough to be left by themselves at all.

Coping with School Holidays when you Work
Share Your Story, Join the Discussion or Seek Advice..
My niece has two small boys aged 1 & 2+. I have called to the house on several occasions to find that she is still in bed. I could hear the boys in their room playing but it took a good few bangs on the door and phone ringing before she came to the door,still half asleep. She then made a comment that they had all only just woke as they had been up in the middle of the night but it was clear to see that the boys were wide awake and had been for a while. This was 1.30 in the afternoon and i have had the boys stay at my house lots of times and there is no way they sleep any later than 10.00am. I confronted her but she swears that they were all up in the night with baby crying or bad dream but i just know that the boys are awake and she is still sleeping. She has a safety gate on thier door and I think she thinks this is good enough. I am so worried but dont know what I can do to help as she just swears that they are not alone.
rayelle - 8-Jul-14 @ 10:13 AM
Title:
(never shown)
Firstname:
(never shown)
Surname:
(never shown)
Email:
(never shown)
Nickname:
(shown)
Comment:
Validate: